Lying can make people victorious initially, but it is only temporary. By being honest in all areas you will gain respect from others in the long run; which is far more admirable. It takes much strength to be honest in all situations. And  those lacking honesty; simply lack character, insight, and direction. Fear dictates their lives.

When looking at the big picture one can clearly see that lying brings about failure, while remaining honest promotes success. I have seen it time and time again. My best advice to anyone that reads this; is advice that was once passed to me. “Just be honest. It may bite you at first, but eventually, others will see that what you are/were saying is real.” Once others begin to separate the truth from the lies, and the facts from the fiction;  you can experience true victory without having compromised who you are in the process.

“Stand for the truth at all times.

As liars begin to trip themselves up, you will still be standing.

It is much easier to stand; than continuing to fall.”

© Angela Bininger and The Empowerer, 2009-2015. Unauthorized use and/or duplication of this material without express and written permission from this websites author and/or owner is strictly prohibited. Excerpts and links may be used, provided that full and clear credit is given to Angela Bininger and The Empowerer with appropriate and specific direction to the original content. 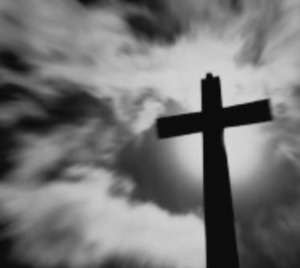 Never think that God’s delays are God’s denials.  Hold on; hold fast; hold out.  Patience is genius.   -Comte de Buffon
I think of many scenarios when I read this quote. When I first read it I thought of a friend from my school years who had several miscarriages and still births. Finally on number six she carried a baby to term that lived.  God was not denying her anything, he simply had a better person for her child to have as a father figure. He had a different plan but still honored this woman’s prayer, over time. This woman believed she would be a mother, and she didn’t give up. And by believing it would happen, it did. Her patience gave her the life she dreamed of. Her refusal to hear from doctor’s “You can’t have children, stop trying” got her where she is today. Most women, would have stopped after a couple times. But this woman is strong, and knew in her heart she deserved this prayer to be answered. And it was. She has a beautiful baby girl. Her story gives me chills every time I think about it.

I also think of that friend with the “strained” marriage.  I think of how her dream as a child was to have a family. Something stable for her children. Some normalcy! I think of how they struggled recently, but by holding on and being patient they are now on the cusp of have that family they dreamed of. Something far better than what that marriage has known for so many years. By getting to the root of their marital problems they are discovering more about themselves and each other. God wasn’t denying them a happy family, He was just making sure they still wanted it. It took a little bit of heartache to move the couple closer, but it has moved them closer together. They held on, they are being patient, and because of that their golden years will be beautiful.
This quote reminds me of one of my favorite Bloggers as she works diligently to restore her marriage, and let go of the past. By God denying her love that resulted in an extra marital affair; her and her husband’s patience in restoring their marriage, the hours of counseling, and soul-searching will give her more love than she has ever known over time. If they are patient. God wasn’t denying anything in those moments of despair as the love affair ended. He was just giving her something better. He gave her a strong man to love her unconditionally, along with a chance to know more about herself. The situation that was once bad, has the potential now to bring a lifetime of happiness. Pure bliss!
When I read this quote I also think about how long I waited for a career. I stayed home with my children many years, and although I have a PhD in child rearing I felt inadequate when it came to careers. I felt like I had not done much with my life. I began nursing school and felt it was the best thing for my life. Every day I would leave for school excited. Thinking about my future as a nurse gave me chills.  It appeared to be the only solution to many problems. But as I sat enrolled in school spending 60 hours a week between my books and classes, it just wasn’t an option for me at this juncture in my life. I felt like I was missing out on my kids lives for something I can do when they are older. The timing just didn’t seem appropriate, and I will never get these tender years with my children back. So I stopped nursing school.

When I stopped nursing school I said I would find a career. That I didn’t need that degree yet. That my children were most important and that I need to be available for them. For  months I waited,  I cried, and I prayed. I watched my savings take a nosedive as I patiently and diligently searched for employment. I knew in my heart of hearts that God wouldn’t let me down. I knew there was something good out there for me.

As  a result of denying what I once thought I wanted, God gave me something better. Something better than a career I was only entering for money and job security. In fact, He gave me my dream. He gave me a career  that works around my children’s schedules. He gave me full-time pay for part-time hours. He gave me a place of employment but I can still  be here to put my kids on the bus every day, and also be here to get them off.  The income potential with this career He gave me in exchange for my patience, surpasses that of the degree I would have received this June. My patience landed me a higher paying career, without that piece of paper that says “she graduated college, she is smart enough to do this”.
These are just some of the things that came to mind when I read that quote. What comes to your mind? What has happened in your life where you thought God was denying you something? Have you thought He was denying it only to find out He had something better planned all along? Was  His plan was just different for you than your plan for you was?